Training to be combined with Senior Women

There will be no program for this age group this year. Day 5 Women's U20
FINALS vs North Harbour
The Marist U20 played a courageous game finishing the pan pacs tournament with a silver medal losing the final 12-6 to North Harbour.  The team was in the game up until half time with 5 goals each but in the third quarter lost 2 players Dani and Charlie each on three kick outs leaving no subs on the bench.  The team still played with the determination they played with the whole tournament but with 3 others on 2 kick outs it was always going to be tough.  Dubbed "the little team that cud" the girls played their last game with the spirit and smiles that got them to the final. Carrying 9 players the whole tournament they amazed themselves and their supporters winning each game they played.  With the great experience of players such as Dani, Gabby, Rach Burns, Emily and the younger members of the U18 team Ricci, Rach M and Rosie, Charlie, Liz and comedian and team photographer Jordan the girls worked together as a team and showed what could be done when you had fun, supported each other and had the guidance and great coaching of Coach Ben Pye.
Thank you to all of those club members who supported us, came to our games, screamed for US (we know who you were!!!!!!) sent us messages of support and believed in the team!!!!! We really appreciated it.  And a huge thanks to Coach Ben for giving us the confidence to achieve!!!!!!
AND finally congratulations to Danielle Lewis who won MVP for U20 Women's.

Day 4 Women's U20
Semi-finals vrs NZ U18
The U20 Women's team have made it through to the final of Pan Pacs 2012 with a tough battle against the NZ team. Things started off well when Charlie slipped the ball under the arms of the goalie for the first  goal.  Dani then sent a perfect ball into the top left hand corner.  Unfortunately we also had 3 fouls on us at the end of the 1st quarter, 1 to Ricci and 2 on Dani. At the end of the quarter Charlie put up an attempt only to be deflected by the goalie, who had Emily waiting under the goal  to push the ball in. Gabby was playing great in goal and saved 2 crucial attempts by NZ.  Girls ended the quarter up 3-1. In the 2nd quarter Dani managed to keep our tally moving with another great goal. The girls headed into the 2nd half 4-2.  At the beginning of the 3rd Gabby who was saving everything stopped a hard and fast backhand which flew straight into her face and lifted the team to get down the pool to convert two 6 on 5's on the left wing by both Ricci and Rach Burns.  Gabby saved another critical attempt before the girls headed into the final quarter leading 6-2. The final quarter proved to be very action packed, almost unbearable to watch. With Ricci, Dani, Rach B and Charlie on 2 fouls each and only one player left on the bench the girls just had to keep on doing what they'd been doing.   Charlie once again put up a great shot from outside the 5 and slotted it into the top left hand corner. The ball travelled down each end of the pool several times before Rosie converted a 6-4. NZ sniffed a chance of a comeback when Emily got rolled and Charlie left the pool on 3 fouls, leaving the only sub left on the bench, Elizabeth the American entering and being kicked out by the NZ centre forward immediately on entry into the pool. The girls however still held it together and although NZ added to their score it was too late!   The girls had played consistently through out the match and won 8-6. A huge thanks to all the supporters, including the siblings who came along to cheer the girls on!!
Final score 8-6
1st: 3-1, 2nd: 4-2, 3rd: 6-2, 4th: 8-6
Goal scores Dani 2, Charlie 2, Emily 1, Rosie 1, Rachel Burns 1, Ricci 1.

Day 2 Women's U20
Vs Hutt
The Marist U20 team got off to another great start to the day with a 13-7 win over Hutt at Mish. Emily Ingoe and Ricci Ferigo got the goal tally racing in the first quarter with Emily scoring 3quick goals and Ricci slotting in 2. Rachael Burns added to the tally by the end of the 1st quarter with another nice shot, ending 6-0 up. Gabby saved well in goal. They proceeded to add another 3 goals in the 2nd quarter with 2 great backhands at centre forward from Rosie Harris and another to Ricci who was having a great game. Hutt scored 2 goals. In the 3rd quarter Danielle Lewis combined well again firing a nice cross pass to Ricci who was always working hard to support team mates by adding another 2 goals. By this time Hutt was was slowing down the Marist scoring tally and adding to their with another 2.
In the final quarter The ladies added another 2 goals 1 each from Emily with her great total of 4 and Ricci who had a fantastic game scoring 6 goals.
Final score 13-7.
1st: 6-0, 2nd: 9-2, 3rd: 11-4, 4th: 11-7
Goal scores Ricci 6, Emily 4, Rosie 2, Rachel Burns 1 ...J.Milich-Misikini


Vs Canberra Academy.
The evening game was a much more tense game although the final score didn't show it. The ladies worked well as a team both on attack and defense with Danielle shutting down the efforts of the Canberra centre forward and frustrating the opposition with her long arms reaching around to steal and block shots on goal. Dani and Emily both started the goal tally in the 1st quarter by putting in a goal each. They both added another goal each in the second quarter to go up 4-1 as Canberra fired a lone shot at the end of the quarter. Still very close in the 3rd quarter Ricci and Rachael Monkhouse both scored a goal each with Canberra also adding another 2. It was in the final quarter that the ladies really stepped it up scoring 4 great goals, with rachael Monkhouse firing a long shot slotting it into the top right hand corner of the goal and Dani, Ricci and Rachel Burns each adding goals. The team played well and were well supported by the vocal Marist supporters including senior women's player, Nicole Lewis, Sarah Pattison and Nichola Truman.
Final score 10-4
1st: 2-0, 2nd: 4-1, 3rd: 6-3, 4th: 10-4
Goal scores: Danni 3, Ricci 2, Rach M 2, Emily 2, Rach B 1 ...J.Milich-Misikini

Marist U20 Women had a tough match ending in a 12 all draw against Australia Gold.  With only one player on the bench, the team played really well to match a fit Australian team with a full bench.   There were some great individual goals scored, but also a number of team goals scored as a result of well executed phases of play.  Down 10-6 in the third quarter, Marist ran into foul trouble and were down to 7 players for most of the second half.  With less than 2 minutes remaining, Marist ran into trouble again and had to play the remainder of the match with only 6 players.  Down 11-12,  they managed to score the equalising goal with 5 on 6.  It was great to see the return of Danielle Lewis, Rachael Burns and Gabby Crothall who have all been playing overseas. ...L.Ferigo

All players will need to pay the 2012 Club Registration Fee of $420.00. These should be fully paid before the first Auckland League game. This fee covers all training pool hire and coaches payments. This fee does not cover and National League tournament fees or travel and accommodation for National tournaments. Each player will also be required to have club togs and a club polo shirt for games.

In addition to the above, if a player is selected to represent the club at the 2012 Pan Pacific Youth Water Polo Festival, you will be required to pay (in addition to the club fees) $185.00. This fee is to cover the extra training, coaching fees and the Pan Pacs tournament fees. If a under

A $100.00 deposit is required from all players that wish to be considered for the Pan Pacs teams. This is due at the first training. If you do not pay the deposit, you will not be considered for the team.
If you are not selected in the final Pan Pacs team then your $100.00 will be refunded.
If you withdraw from the squad or team there will be NO refund.
Once selected the final $85.00 will be due and must be paid before the teams first game.

Under 16 and under 18 players that play up a grade for Pan Pacs will be required to pay extra $75.00 per team.

NB.
Club policy is that under 12s will not be able to play under 14s at Pan Pacs tournament

Apart from a draw against NorthSport Marist U20 Women won all their games convincingly finishing the competition on top. Read the article. 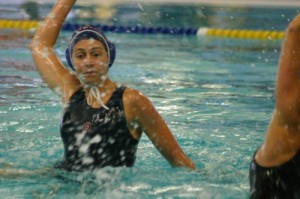 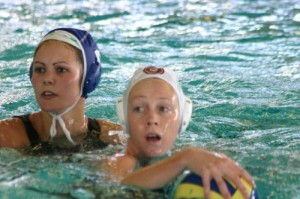 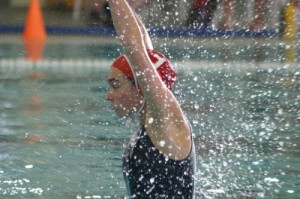 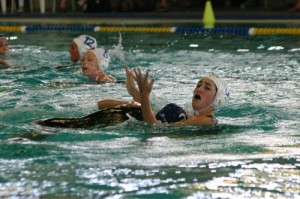 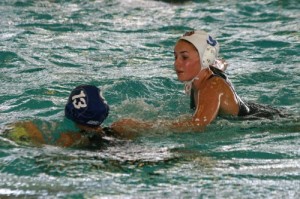 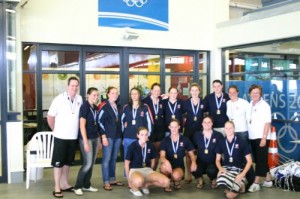 In a one sided final Marist U20 scored a 13-5 win over local rivals NorthSport to defend their title at last weekend's Junior Women Nationals in Auckland. With four national titles (U16, U18 and Senior Women) so far Marist remains the strongest club for girls and women's water polo in the country. Amy Logan got awarded Best Defensive Player while Jess Doorman was named Best Goalkeeper. The MVP went to Marist's Anna Sieprath. Read more. 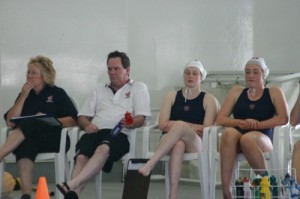 With the New Zealand Women and New Zealand Under 16 sides also competing as invitational teams in this tournament there were several more Marist players in action preparing for upcoming international events such as the Tom Hoad Cup and the Commonwealth Tournament.

Staked with current Junior and Senior National Team players Marist U20 are hot favourites for this years National Championships from December 7th - 10th in . The team is coached by Grant McAneaney.

All information on this Site is the Property of Marist Auckland Water Polo unless otherwise stated.